Who was the original vampire?

Most say it was Count Dracula,

who had unlimited power and charm.

all the way to hell and beyond.

He had one descendant.

Where can he be found today?

Is he one of The Dead in Oasis, Florida?

Come and find out.

Jagged fingers slice through the air.

A dance of the gods for mere mortals.

We hold our breaths as they sizzle and play.

The clouds keep them in place in defiance.

The ground rumbles in dismay at their power play.

The wind and rain fight to divert their direction.

Their aim is compromised by their enemies.

They hold strong and band together.

But the gods and nature block their path.

The earth is saved from ruin on this day.

But they’ll be back again another day. Linda was pulled into the deserted garden to face Wolf and his side-kick Hayden. She didn’t know what was real or what was illusion.

“I didn’t come here to play parlor games with you. I need you to convince Todd to join with us,” Wolf said in a loud voice. “He can never be human or accepted by them. He’s a human vampire. He belongs with us. It makes more sense for him to stick with his own kind.”

“He’s not like you in any way at all: he cares too deeply for people and is loyal to his friends.” Linda backed away. “On the other hand, you and your vampires enjoy killing too much and have no feelings whatsoever.”

“Todd will never be accepted by humans or by his own kind. He will be an outcast with nowhere to go,” Wolf said, moving closer to her.

“Let’s kill her now, boss.” Hayden stepped in. “She’s going to be trouble; I can take her away and no one will ever see her again.”

Wolf strolled over to her with a wicked gleam surfacing in his eyes. “I have a much better use for her in the future. When she finally comes to her senses, she’ll realize that she’ll be better off with a real vampire with limitless powers than with a pathetic human. She’ll learn about love and passion—not the games that humans play that pale in comparison. Here comes the human. Let her go for now.”

Linda was horrified to find herself wrapped in Wolf’s muscular arms, hypnotized by his black eyes and tempted by his deep voice.

“I’ll be back for you.” Wolf promised as he held her tight against him, whispering in her ear, ”I love the way you stand up to me with your flashing blue eyes. Soon you’ll be mine, my beautiful ice queen.”

Linda couldn’t move; she was stuck in some kind of trance…she couldn’t leave or even want to leave if given the choice. His voice soothed her and made her think of love, passion, and great need: a need that could only be met by Wolf with his expert hands and mouth. She knew that one day she was going to be with him, to be joined with him.

His mouth lowered onto hers, drawing her into a swirling miasma of unexpected feelings and desires. His mouth covering hers introduced her to a new realm of pure pleasure. His powerful form enveloped her, making her feel feelings that were foreign and untried for her. She couldn’t get enough of him. She tentatively began touching his face, then his body with an eager and unrelenting hunger.

Some days I feel strong and empowered,
Ready to face the challenges
Life throws at me.
Other days I feel invisible,
A transparent copy of myself,
Feeling life fade away.
How do I remain strong?
My transparent self
Needs to be reminded
Of all the people
Who rely on it;
Of all the people
Who love and need it.
It is flickering.
It is becoming solid.
It is becoming strong once again. 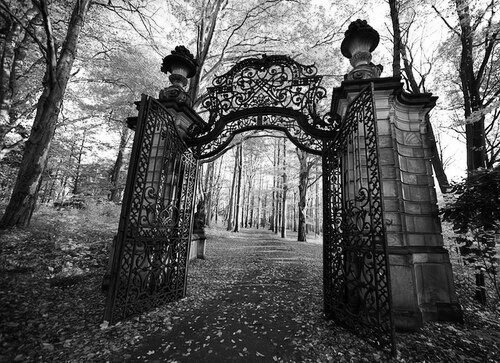 A gate in the woods.

Majestic between the trees.

A doorway asking to be crossed.

A force pulls me to the other side.

Grass crunches beneath my feet.

New smells stream through my nostrils.

I walk to meet The Dead.

I can sense their presence.

The night brings them forth.

I will meet them.

They will rule no more.

Book 2 will determine their fate.

A puff of smoke.

A flicker of light.

Gone in a puff of smoke.

A life is gone.

Don’t wait until it’s too late. I float above the earth.

I soar above it all.

No one can reach me.

No one can touch me.

The Cloud: An Interactive Thunderstorm in Your House

Try as we might,
we could never copy nature.
It could never be replicated
in its ultimate grandeur.
Its power and majesty never duplicated.
Flashes of light and mere rumbles
do not make a miracle.
Nature is not the sum of its parts,
but a heavenly presence in our lives. In a world of noise
Where no one is heard,
We could use some silence.
A bit of quiet.

Take a step back
And be quiet.
Watch for the response.
See the surprise.

For silence can convey
What words cannot.
A feeling or a thought
To be lost in words.

Don’t be afraid
To make your stand.
To be different.
Refusing to mouth inanities.

Be a breath of fresh air
In the violent storm.
Standing strong and silent
In the wake of it all.