Come with me to the pool by the sea.
Oasis is the best place to be.
Relax by the pool or sit by the bar.
Tourists visit this place from near and far.

The sky turns cloudy and dark.
I see shadows by the park.
What’s that standing behind you?
It’s not one shadow but two.

Shadows come ashore.
I won’t wait for more.
Our destiny seems to be in this book.
I’m leaving now without a second look.

The sun hides its face.

beneath his icy stare. Come with me to the pool by the sea.
Oasis is the best place to be.
Relax by the pool or sit at the bar.
Tourists visit this place from near and far.

I think I’ll take a dip in the pool.
I am definitely not a fool.
I’d never pass up a chance for fun
Or a tan in the Florida sun.

Wait! Come and look over here.
I found a book on the chair.
A small town is a beautiful place.
I see the stunned look on your face.

Oasis Hotel resembles this one.
But it isn’t always fun in the sun.
It is a haven for The Dead.
Is the heat going to your head?

The sky is turning cloudy and dark.
I can see shadows over the park.
What’s that standing behind you?
It’s not one shadow but two.

More shadows are coming ashore.
I’m not going to wait for more.
Our destiny seems to be in this book.
I’m leaving now without a second look.

Enjoy a drink by the pool.

A swim in the ocean.

A walk on the beach.

Drink up and be merry.

And so are The Dead.

They walk the streets at night.

Drink from their victims.

And party until the morning light.

Is there no one to stop them?

What about The Watchers?

They will fight The Dead.

Oasis will return from its darkness.

So alone.
Why can’t I enjoy the view.
Blue water cascading over rocks.
The smell of the sea in the air.
A vacation paradise.

Where has it all gone?
Gone from my mind.
Gone from the town.
To be replaced by dark shadows.

I can feel them around me,
Lurking beyond the pool,
Waiting for the right moment to pounce.
I refuse to let them get me.
Not this time.

The water does look inviting;
To be cocooned in its warmth.
I feel wet.
I’m in the water.
I must have been pushed.

A chuckle drifts nearby,
Transforming into a hearty laugh.
Is it coming from the shadow above the rocks?
Did it push me in?

I close my eyes.
The warmth.
The safety.
Like a baby
Returning to the womb. The long line of palm trees.

Leading you to the Oasis Hotel.

A hotel in paradise.

Too bad many won’t return home.

Linda was hanging over the pool filled with alligators. Todd was faced with Maxell, a new type of creature intent on killing him and his friends. Todd wasn’t going to allow Maxell to kill his beloved, Linda.

Maxell spun around and gawked at Wolf. “How could you possibly be alive? You died in the alligator pool.”

“Are you trying to tell me that you’re my father? My father died when I was born,” Maxell said.

“No, I didn’t. I left your mother. She made up the whole story to hide the truth.”

Wolf hesitated for a brief moment and then said, “Your mother has always been extremely organized and kept very strict schedules. She was dreadfully difficult to live with.”

“Yes. She was too strict. She never let me be me. I wanted to be free from her.”

“Be free now. Come with me. We could go away together and start a new life,” Wolf said, walking closer to her.

Maxell began to walk toward Wolf. Wolf’s image wavered and disappeared, leaving Maxell standing alone in the middle of the alligator pool. She fell to her death, looking up at Todd, who smiled down at her.

Reece opened the glass dome right before she hit the water. She sizzled and burned from the dazzling sunlight—all the while knowing that she’d been tricked by an apparition created by a weak and spineless human vampire.

Take the road to Oasis, Florida.
Lined with trees shedding pink petals.
A bright and sunny road.
Filled with wishes and dreams.
No worries or despairs.

At its end stands the Oasis Hotel.
Waiting with open arms.
High archways invite sea breezes.
Tourists lounge by the pool.
Waiters hand out drinks.
No worries or despairs.

Until night falls.
Dark shadows appear on the streets.
And on the white-sand beach.
No worries or despairs.
For those who take care.
Death for those who do not.

Welcome to Wolf’s house of horrors, where anything is possible. Be careful where you step. Alligators live below.

“Leanne, Diane, and Reece are coming. They told me to go in and check out the situation. Hayden will be here soon,” Sam said.

Todd charged up the steps, pushing his way between the three human vampires. Inside he spotted Shana, Mike, David, and Louise, standing close together in the hall. He turned to Sam. “I thought I’d told you to steer clear of humans. How did they find out so quickly?”

Shana stepped forward. “Each one of us received a note requesting our presence at Wolf’s house. Sam didn’t tell us.” She threw Todd a cold, angry look.

Todd turned to march down the hall and began issuing orders. “I’ll go in first and then the rest of you can follow. We’ll first check out the alligator tank. Take my lead and make no abrupt decisions on your own. Linda’s life is at stake.” He led the way through the house until they reached the alligator pool. He suspected that Linda and Maxell were there: alligators would be easy weapons. Just as he suspected, Maxell was standing in front of the open alligator tank.

From the corner of his eye, Todd saw movement from above. He looked up and was startled to find Linda suspended by a rope hanging from the glass-domed ceiling. She was hanging above the alligator-filled water, a  snake coiled around her neck. 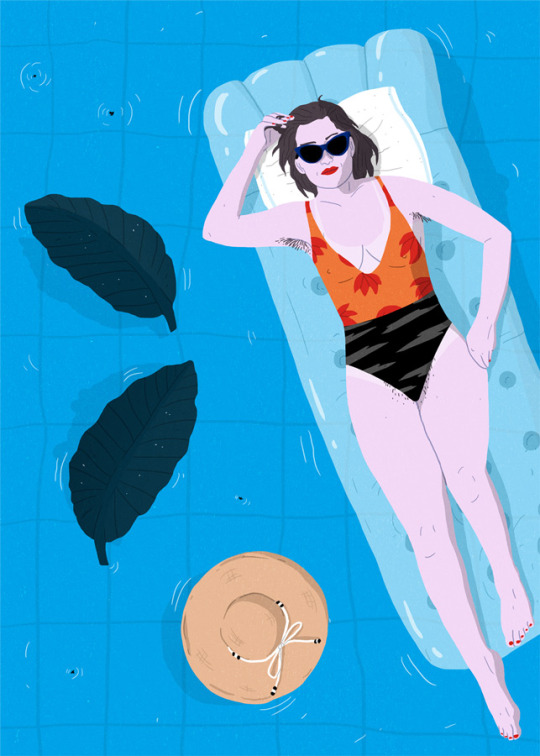 I can imagine floating in a pool.

Two leaves floating beside me.

Or are those leaves?

They turn into two whales.

But far out in the ocean.

Being chased by whales.

The mind of an author.