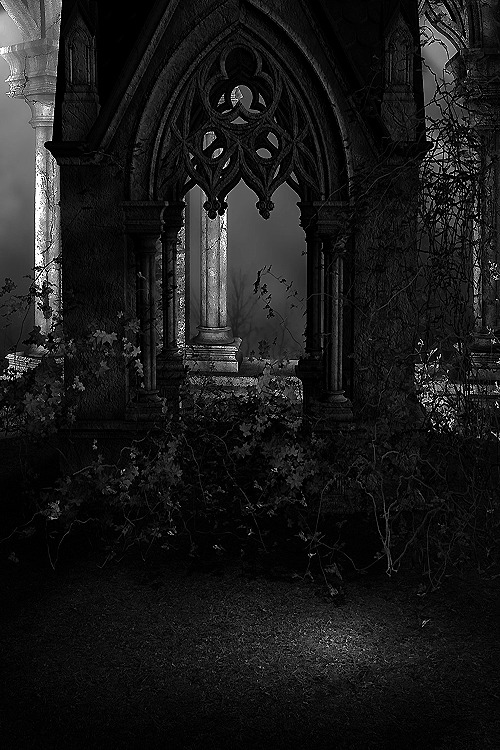 GAZEBO IN THE DARK

Darkness surrounds from each side.

The storm brews with the rising tide.

A gazebo stands in the clearing.

There is no place to hide.

I’m being pulled toward the light.

My body refuses to fight.

A noose hangs above me.

I will never be free. 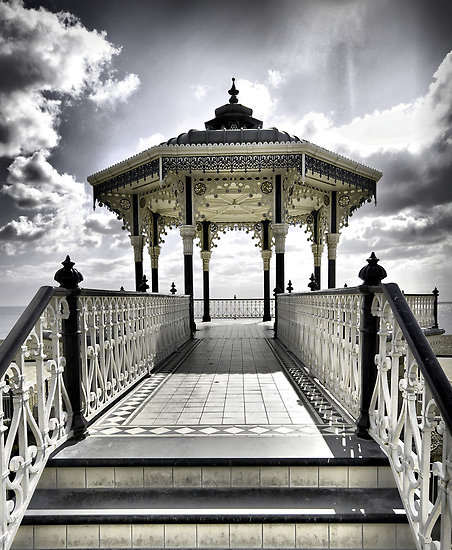 Perfect for a wedding.

A noose hangs within.

It’s slipped around my neck.

The winds pick up speed.

Watching my life drift away.

Friday the 13th is here.

There is nothing to fear.

My gargoyle friends are waiting.

Their stares are somewhat scathing.

But the night is still young.

The noose is already hung.

Bats fly around the old house.

Lightning sizzles as it plays.

Over the dark house, it stays.

Loud noises but no rain.

There’s no place to hide.

inside looks dark as sin. Why did I accept the invitation?

to a party at a deserted house.

A house with a sinister history.

A history of unsolved disappearances.

One group is trapped in the basement.

Our group is fleeing for our lives.

Sand hits us in the face.

Trees swipe at us

as we reach the walkway.

A body hangs in the gazebo.

Is it one of ours?

Will there be time to get the Sheriff?

It sways back and forth in the wind.

Louise and her friends escaped End House but the deadly game was not over. The Dead had much more in store for Louise.

Louise noticed black shapes creeping toward them on the pool deck. She fled down the steep stairs to the beach with Mike and David following close behind. She heard David screeching about flying bats trying to knock him off the stairs. Hard objects swiped at her, almost causing her to lose her balance a few times on the slippery stone steps. But she continued on, refusing to look back over her shoulder to face what or whom was attacking them.

She dashed along the beach, feeling as if mounds of sand were being thrust in her face. On the walkway, branches swiped her across the face—like skinny wooden arms struggling to hold her back.

Louise ran down Main Street.  She felt alone. The streets were quiet. No lights or sounds were coming from the empty buildings. Candles were flickering inside the gazebo. She felt her body being thrust toward the ghostly display of lights. The gusting wind was flinging leaves and branches at her face and around her feet, but still she was being propelled forward.

The gazebo, appearing pretty and tranquil during the day, looked ethereal and unfamiliar to her in the light of the candles. Somehow, the circle of light remained firm and unwavering despite the violent storm raging all around her. She entered the lit circle…all the while knowing that she had just signed her death sentence. She had no control over her actions any longer; she was like a puppet on a string being controlled by a malevolent puppet master.

When she was positioned at the precise center of the circle of candles, dark shapes—similar to the ones that had been stalking her for weeks—appeared around the perimeter of the gazebo. They began circling her. As they circled faster and faster, a strong current of air lifted her up high under the roof of the gazebo. She felt a noose being wrapped around her neck. Then she felt it being tugged tighter and tighter until she could no longer breathe—or even care to struggle any longer.

Without any air left in her lungs…with the world spinning around her…she watched as the shadows slowed down and took on distinct human forms. The figures revealed themselves to be men and women with black eyes, glaring up at her. They were chanting in an unfamiliar language. They were clothed in long black robes, their hoods casting their faces in deep shadow. Long metal chains hung from their necks with huge gold medallions depicting snarling wolves’ heads.

One member of the group—taller and much larger than the rest—lifted his arms up high. In response, the winds turned wilder and more violent, moaning in unison with the voice of the unknown leader. Louise recognized one face right before she lost consciousness, but she knew that it was too late for her or the town. The night is here.
Waves are lapping.
Dark blue ink creeping to shore.
Will I weather this storm?
Stand strong like the lone tree?

Flapping sounds fill the air.
Black spots cover the night sky.
Have they come for me?
For the town?

Waves hit me in the face.
The sand pulls me deeper.
The tree begins to bend.
I must go.

Shrieks echo in the wind.
Black feathers fly in the humid air.
Beaks pointing downward.
I must hide.

The trees call to me.
I will go to them.
They will hide me.
I must run faster.

Almost there.
A gazebo in the fog.
A noose hanging.
A body flapping in the wind.
The park can’t offer me safety.
Nowhere can. Friday the 13th is here.

There is nothing to fear.

My gargoyle friends are waiting.

Their stares are somewhat scathing.

But the night is still young.

The noose is already hung.

Bats fly around the old house.

Lightning sizzles as it plays.

Over the dark house it stays.

Loud noises but no rain.

There’s no place to hide.

inside looks dark as sin.

A seaside town with white-sanded beaches.

After the sun sets,

Palm trees bow in the wind.

The streets are hushed.

A body hangs from a noose

In the pretty gazebo.

Rain slashes against the boardwalk.

Who dares to walk the streets of Oasis?

The growling follows us outside
Down the rickety stairs to the beach.
Laughter mixes in the howling wind,
Hot breath swirling around our necks.

Shadows fly at us on gossamer wings,
Tracking out halting journey downward.
Darkness hides the beach below,
Sandy cushions awaiting our final fall.

I fly with the wind to land on pillows,
Shaking their pixie dust into my eyes.
I leave Mike and David on the stairs
As I race down the deserted walkway.

Moans mix with the laughing wind
As prayers for help fill my troubled mind.
Hope finally triumphs over despair,
Pushing me forward to my journey’s end.

A shove has me thrown into the park,
Where a noose waits for my neck.
Hooded creatures circle the gazebo,
An appropriate place for my last stand.

Our games have just begun.

Another day in Oasis, Florida.
Another perfect day.
A party at the desolate End House
Leaves two party members missing
And the rest fleeing for their lives.

The Sheriff sits alone in his office,
Waiting for word about the party.
No phone calls.
And no deputy.
A deputy gone missing when needed most.

Louise runs ahead of Mike and David,
Down the treacherous back steps of End House.
Steep steps offering a long drop into the ocean.
The beach offers its own obstacles.
Swirling masses of sand hit her in the face.
Almost blinded, she makes it to the gazebo in the park.

Why has she come here?
Better to have gone straight to the Sheriff.
But something is pulling her forward.
Not a thing but an invisible force.
She feels like a puppet on a string,
Being controlled by a malevolent puppet master.

A noose hangs in the gazebo,
Swaying in the quickening breeze.
Who put it there?
Maybe by those hooded creatures,
Who are circling the gazebo and chanting.

“More games.
I hate games.
But even more,
I hate The Dead.
I refuse to join in the fun.

“Wait!
How did I get up here?
The noose is around my neck!
And those creatures are leering at me.
The leader has a deep voice that sounds familiar.
Could they be human?
Oh no! Now I recognize one of them.
But it’s too late for me.
And too late for the town.”