I’m lost at a carnival,

A carnival of nightmares.

A clown leers at me.

I run into a tent.

I flee into the darkness,

Crashing through a mirror.

Glass rains on me.

I grab for the walls.

They are wet and shiny.

There’s no way out.

The floor bottoms out,

I open my eyes

and to my surprise,

I’m at a carnival.

I’m chased into a tent.

My reflections surround me

I touch a mirror.

My hand flows through,

I’m in a dark basement.

The floor begins to turn. She fled from the laughing man, going deeper and deeper into the dark unknown. She looked back and noticed creatures following close behind her. Some were bats and some were dark shadows, but all were reaching for her. She hoped that these weren’t the same shadows from town that had been haunting her for weeks.

She hit something hard and fell down. So maybe this place did have an end. She raced away with her hands out, hoping to find the mirror that had caused her to enter this dark hell. Ahead of her in the distance, she glimpsed a shiny surface. As she got closer, she realized it was the mirror, patiently waiting for her. I hope this wasn’t a trap.

She decided to step through the mirror and worry about the consequences afterward. She had always been afraid of the dark. She wondered how these creatures knew her fears—unless it wasn’t real, but just a figment of her imagination. She stuck her hand out and found that it flowed right through the glass. She followed her hand and crawled through the mirror.

She found herself back in the house by the sea. She was in the main hall, looking up at a long flight of stairs. She raced up the stairs and ran through the deserted rooms. The house was empty of any people or furnishings. All she could hear were her heels clicking on the shiny wood floors.

Fearing that she was caught in an endless loop like the one at End House, she hurried back down the stairs, all the way down to the basement. Since the top two floors were empty, she decided to try the basement—even though basements were also popular in horror stories, which was exactly what she was in.

The basement was empty. The floor she was standing on began to rotate around and around. She reached up to grab hold of something to help her climb off the revolving circle, but there was nothing: the walls were wet and slippery. As she tried to escape, she found herself falling deeper and deeper into the dark hole. The only thing she remembered before she lost consciousness was the sound of a man’s evil laughter as he chanted the words over and over, “It’s not over. I’ll be back.” The gates encircle the property,

Their sharp edges pointing to the sky.

They deter all visitors,

Keeping the evil inside.

The house holds many secrets,

Some strange and unbelievable.

Windows are eyes to the soul

And mirrors to the unknown.

End House has invited us,

Or listen to our pounding hearts?

We are here for the night.

Time will only tell.

Whether we make it to morning

In this unholy hell. 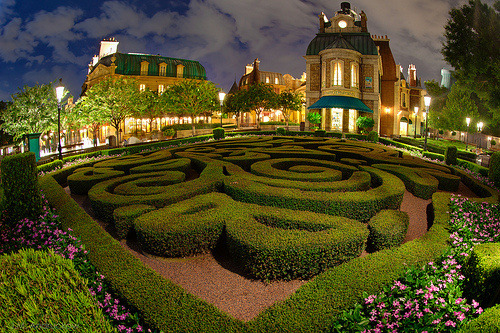 A party in the town of Oasis.
An elegant house.
Armed guards at the front door.
The property lit by sparkling lights.
Snow flakes falling in the warm Florida weather.
An unusual party in an unusual town.

The ball room’s glass walls mirror the guests
Twirling among an army of glass figures.
Linda hesitates near a statue of a weeping woman.
Wet tears flow down her cheeks.
She’s tempted to touch the woman’s face.
Instead, she pulls Todd away from the sad sight.

The grandfather clock chimes midnight.
The dancers stand frozen
Until the last chime
Rings off in the distance.
The music begins again.
Dancing resumes.

How strange.
What was that about?
And those statues.
Are people frozen inside?
Linda turns to speak to Todd.
He’s gone.
She’s left standing alone among the statues.

Huddled in a corner are her friends.
Shana is ready to take action.
“Everyone has disappeared upstairs.
We should follow them
And find out what they’re hiding.”

The glass staircase gives them
A perfect view of the diminishing party below.
Three closed doors stand waiting for them.
The middle one offers them a tropical paradise.
Chirping birds.
Marmoset monkeys hanging from trees.

An illusion or not.

I open my eyes.

I find myself at a carnival.

A clown chases me into a tent.

My reflections stare back at me.

Or am I in a nightmare?

A nightmare of my own making?

I need to get back.

Back to End House.

The haunted house in the woods.

I can’t feel the walls.

The floor is wet.

A mirror is looming ahead.

My hand flows right through.

Or in a house resembling it.

Time to go down to the basement.

That’s where I was going.

The basement is dark.

What happened to the light bulb?

The floor begins to turn.

Then I hear the laughter.

Linda is lost at a carnival.
A carnival of her nightmares.
A clown is leering at her.
The knife-thrower is throwing knives
At her but keeps missing.
She runs into a tent.
Mirrors surround her,
Distorting her reflection.
She runs farther into the darkness,
Crashing through a mirror,
Finally landing in a pitch black room.
The floor begins to spin…
She tries to grab hold of the walls.
They are wet and shiny.
But there’s no way out. A pretty picture to soothe my mind.

A sprinkle of fireworks.

A bright ray of the sun.

A disco ball of mirrors.

A rainbow of colors.

So little to make my day. DO YOU SEE A CARNIVAL?

A day of fun for all.
Follow the bouncing ball.
Past booths of games.
To the house of mirrors.
Inside, you’ll find me.
A clown of your nightmares.
Ready to take you on a tour.
That will lead to endless games.
And endless horrors.
This isn’t a carnival.
But a voyage into your nightmares.
Buckle up.
Enjoy the ride.

A puff of smoke.

A flicker of light.

Gone in a puff of smoke.

Danger can be lurking

A life is gone.