But I must continue

To the top of the hill.

The view waits for me.

Only a few more steps.

Silence wraps its arms around me.

I raise my face to the beauty.

The colors take my breath away. 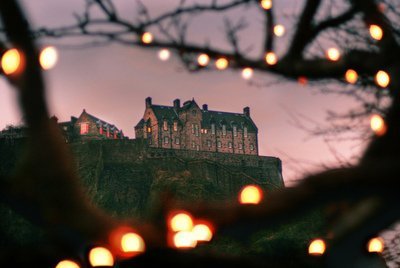 When night comes softly
On feet as light as air,
I can see clearly
Of what I shouldn’t dare.

Alone on this hilltop
With the embracing cold,
Boundaries cannot stop
Me from being so bold.

I want to look at the night,
Gaze out into the unknown,
Dare to dream of my flight,
And dream of where I have flown.

Secrets hidden in darkness,
Beneath a cloak of despair.
Shadows roaming in blackness.
A striking and deadly pair.

At night I can roam free
And sail forth on gossamer wings.
Be all that I can be
No matter what the dark night brings. Desolate.
Alone.
Stark.
Cold.
Empty.
Sitting on a hill.
No houses nearby.
Only the comfort
of a bare tree.
The wind rattles
through my open beams.
Snow drifts in from my roof.
No peace.
Only cold.
And deafening silence.
Will it always be so?
Will the sun shine ever again?
Will horses return to my stables?
I could only wait and hope. TAKE ME FAR AWAY

Come with me away from it all.
Let’s climb a hill that’s really tall.
An island for me and you.
And skies that are clear and blue.
We will take long walks on the sand.
And don’t forget to take my hand.
I will never feel alone or lonely.
I will always have my one and only. I can see my breath.

I can hear the wind blowing.

Whipping past my face.

But I must continue on.

To the top of the hill.

The view is waiting for me.

I can’t disappoint it

Only a few more steps.

It has taken my breath away.

Prettier than a picture.

Perfect in its beauty. A small cabin perched on a green hill.

The closest house is on the nearby hill.

The sun shines bright and clear.

The wind ruffles the slope of green grass.

The lone tree beckons for someone to

To sit in its shade with a book in one hand

and a glass of lemonade in the other.

Come and join my dream. Look at the pretty gingerbread house down the gravel road. Linda and Shana went to visit the elusive couple who lived there. Abe and Anna were strange and who knew what secrets they were hiding.

When Anna requested for them to visit the attic, Linda agreed. She hoped the attic was full of old clothes and items from the past.
They climbed a narrow staircase that descended from a trap door in the hall’s ceiling. They discovered the attic to be bare, except for the lone rocking chair that was facing the gravel road leading out of town. Linda walked over to gaze out the small triangular window, when the chair began to rock by itself.
Anna said, “Everyone in the family takes turns watching the supposedly deserted mansion down the dirt road, and End House at the edge of the dark mountain. Both spots can be clearly seen from this vantage point.”
Linda realized that this meant that someone was actually sitting in the chair—right at that moment— causing it to start rocking. She didn’t ask any more questions, but just grabbed Shana’s arm and pulled her out of the room, bidding the couple a hasty goodbye. She didn’t think that she could remain in this unnatural house one moment longer without either screaming or pulling her hair out. She was freaking out over the house and the strange story that she’d been just told.