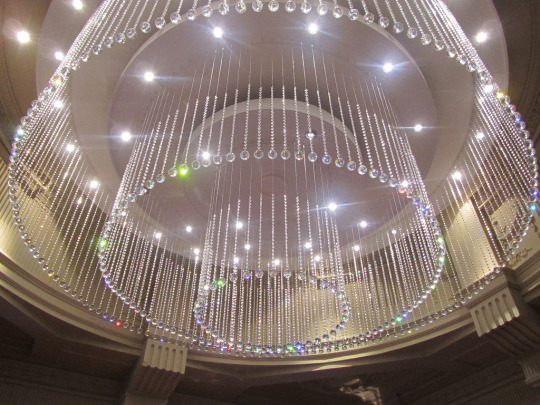 Let’s dance beneath the lights.

Beneath the sparkling colors.

Between the lifelike statues.

The music picks up its beat.

Round and round they go.

Until the clock strikes midnight.

And the games finally begin. Quiet as a sleeping mouse.

Do they wake with the sun

To have some bit of fun?

This one is on a bed

With a hat on her head.

Were her eyes once brown?

Do they haunt the town?

I must get of this place.

I can still see her sad face.

She will haunt my nights.

So will the dead sights.

A place to reflect and write,

Where the cold wouldn’t dare to bite.

I would lie down and close my eyes,

And listen to the windswept cries.

Creatures would circle my dome.

Maybe I will see a gnome.

Such stories I would create.

Tales of loss, love, and hate.

A snow globe just for me.

A perfect place to be.

A strange party in a glass house. Linda felt lost among the guests, who were strange in their own ways.

All of a sudden, Linda had a strange feeling that she was being stared at. She glanced around and was rewarded with a quick glimpse of Leanne standing behind a glass wall. She wore a severe-looking, long-sleeved black gown. It looked like she’d been watching them before she hid behind the green wall. A glass wall doesn’t hide too much.

She watched Leanne make her way up the clear staircase. But maybe Leanne hadn’t been hiding: she could have been innocently climbing the stairs. Leanne was creepy. She was tall and skinny with long black hair, a serious look forever plastered on her long face. She was never seen laughing or smiling. In retrospect, she was hardly ever seen at all in town.

Sounds of laughter flowed in from the entrance. She turned and noticed Reece standing in the middle of a group of ladies—all giggling and vying for his attention.

He gave them equal attention. Maybe he wasn’t the recluse that people portrayed him to be. Reece was tall and ruggedly good-looking, but she couldn’t figure out his age. He had a full head of dark hair without any grey running through it. He could have easily picked any one of the beautiful women standing around him, but instead he chose a short and chubby brunette. She seemed to have a good sense of humor, since Linda could hear their laughter bubbling across the ballroom.

Todd said, “Reece is a good person. I hope he finds someone to replace his wife, who died this past year.”

“She died from old age.”

“How could that be? Reece doesn’t look old.”

He didn’t answer, and she decided not to pursue it any further for now.

A small hole in glass can become wider over time

A hole or damage to one’s heart can also

not to look into the mirror.