Autumn, the best season of all.

Take care when your head hits the bed.

The Dead descend; our town will fall.

The sky is under attack

from demons rising below.

The sun shines no more,

hidden behind the moon’s glow.

Linda is determined to fight

and save her beloved town.

A creature of the night

who walks in the moonlight.

by his perfect shell.

For inside he’s empty, 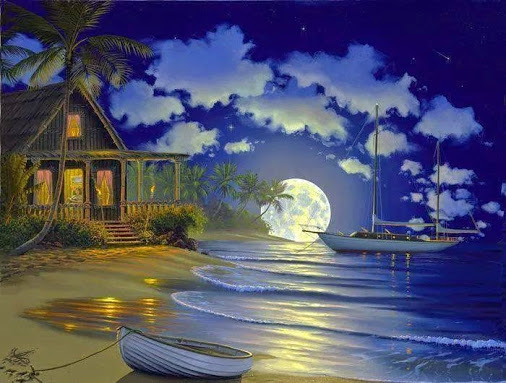 A perfect oasis on the shore.

You could not ask for anything more.

Sun and surf during the day,

But at night there’s hell to pay.

But at night there are no winners.

Afraid to venture out after dark,

One night, a hanging party is had

By the dark creatures who are plain bad.

Our town is plagued by darkness and woe.

We don’t even know who is our foe.

A dark day for you.

The waves hit the shore.

I know what you think.

You can’t take much more.

Truth is hard to bear.

Our town lost its glow.

Lost to the dark foe. A BLANKET OF MIST

covering all from sight.

It hides the dark creatures

so you won’t run from fright.

The moon will hide its face.

Run as fast as you can.

Before you get a taste.

Blood flows into the cracks,

left behind from the quake.

giving no one a break.

We must wait for the sun

to free us from this place.

Light will lead us away

from what we fear to face.

A perfect oasis on the shore.
You could not ask for anything more.
Sun and surf during the day,
But at night there’s hell to pay.
The waves welcome daily swimmers,
But at night there are no winners.
Afraid to venture out after dark,
Residents stay clear of the town park.
One night, a hanging party was had
By the dark creatures who are plain bad.
Our town is plagued by darkness and woe.
We don’t even know who is our foe.

We might look human
but we’re not.
We might act human
but we love to kill.
Our fearless leader
shows no mercy.
Who is he?
Will he show his face?
Only The Dead know.

In Oasis, Florida horror lurks behind every shadow. Even in Louise’s store, the mannequins come alive to torment her.

The next morning, Louise arrived early at her store. As soon as she stepped through the doorway, she sensed that something was wrong: the air was frigid and the lights wouldn’t turn on. From the corner of her eye she noticed a shadow pass by her. She was terrified that the creeping shadows were now stalking her inside and in the daylight.

She grabbed the door handle but found that it wouldn’t budge in either direction. She stared through the door’s plate glass window and began to realize that the town was deserted. All the other stores along Main Street were still closed, except for the sheriff’s office, which was too far away to be of any help. She was all alone with no one around to save her. If she cried out for help, no one could possibly hear her.

She felt panic beginning to overwhelm her. She couldn’t breathe; it felt like all the oxygen in the room had been sucked out. She began gasping for breaths of air, but there didn’t seem to be any left in the locked store. She scanned the store for something to help her break the front window but only found the display of mannequins. She rushed over to one of the mannequins and threw it head first through the window. Sharp shards of glass sprayed across the outside pavement and fresh air flowed into the store.

She gulped in huge breaths of air and climbed through the broken glass. She threw glances up and down the streets, but couldn’t detect any signs of movement.

She ran all the way home without informing the sheriff’s office about the intruder in her store. She decided not to tell anyone what had really happened—not even the sheriff—since she didn’t know who to believe in anymore.

She didn’t believe that the sheriff had ever investigated any of the strange sightings or unsolved disappearances.

From that moment on, Louise decided not to trust anyone or to confide her fears to anyone in town ever again. She would become an island to herself: strong and self-sufficient. She didn’t even trust Todd any longer: he was too chummy with the sheriff and the original residents. She suspected that these residents were the ones responsible for the unknown creatures stalking her and all the other unexplained incidents in town.

When the call finally came from the sheriff’s office later that day to inform her of the break-in at her store, she managed to sound surprised and concerned. She even returned to the store with the sheriff to check out the extent of the damage, informing him that nothing had been stolen. She then arranged to have Tom and Edward fix the window. No one had commented on the fact that the store mannequin and the broken glass had been on the outside of the store. And this didn’t surprise her at all.

NO REASON TO RUN.

WE CAN ALL PARTY TOGETHER.

LOOK WHAT I FOUND?

A ROSE AMONG THE DEAD.

THE DEAD HAVE RISEN.

IT WAS SUPPOSED TO BE

A PARTY FOR US.

WHO’S THAT IN THE CORNER?

THE DOORS AND WINDOWS ARE LOCKING.