Guest Author: Susanne Leist ~ Why am I an author? (and news of a new release!)

Why am I an author?

The answer lies with my brother, Neil Leist.

Neil was a person who lit up a room when he entered. He was 6 feet 2 inches, but it wasn’t his height that drew peoples’ eyes. It was his dynamic personality. Those grey eyes mirrored his brilliant intellect and capacity for greatness. Neil took care of my blind mother until I was old enough to help. He helped raise me when my father wasn’t home but working interminable days and nights driving a taxi.

Flourishing in the business world, Neil traded on the Commodity Exchange until he earned enough money to own a majority stake in a Fortune 500 company. He became the CEO and Chairman of the Board of Directors of American Bakeries. Neil took me along on his ride to stardom as I worked for him on the Commodities Exchange and in his offices on Madison Avenue, New York. I majored in Finance at New York University, preparing to join him. For the first time, life was good.

In the middle of the night, a phone call turned my world dark. Dark as the one in which my mother lived. My brother had been in a car accident in the Hamptons. His red Porsche had hydroplaned on the wet roads. Neil was a skilled driver with quick reflexes; he drove the car off the highway and onto the grass. Luck wasn’t with him that night. The Porsche crashed beneath a truck parked in its path. His brain injury left him in a coma, and he died two years later.

I continued my education and received an M.B.A. in Finance, but high finance lost its appeal. I worked at various investment companies, but I didn’t want to trade or analyze stocks and commodities. My brother and my parents had passed. My daughters were beginning their own lives. Without a focus in my life, I began to write. As an avid reader, I had many stories racing through my mind.

In my first book, The Dead Game, I combine mystery and paranormal. Two guests disappear from a party at a deserted house, leaving the others to fend for their lives from wild animals and traps. Since I end the book with a cliffhanger, I had to write the second book in the series, Prey for The Dead. The residents of the coastal town of Oasis in northern Florida face vampires and hybrids once again. This time, the action takes them to Disney World, where vampires hide at an exclusive club. Yes, I based my story on an actual club at Disney created by Walt Disney. Next week, I will release the third book in the series, The Dead At Heart. Is the series finished? I don’t know yet. I now live my life as a big question mark: no periods or final thoughts, only possibilities.

My life has taken unexpected twists and turns. Memories of my brother follow me across every speed bump. I don’t have him any longer, but I have Neil stored in a special place in my heart. He’s given me the strength and the drive to pursue my dreams. After what he’s accomplished in his brief life, I yearn to create a fraction of the positive memories he’s left for me and those whose lives he has touched.

I have always loved to read. Agatha Christie, Alistair Maclean, Robert Ludlum, and many other authors filled my young imagination with intrigue and mystery. When I wasn’t reading late into the night, the TV shows–Murder She Wrote and Columbo–entertained me with tales of murder and suspense.

Over the years, my taste in TV expanded to include such shows as Supernatural and The Originals. I searched for paranormal, murder mysteries but found few at the library or bookstore. So, I wrote, bringing fantasy and the surreal to the classic murder mystery with dead bodies, suspects, and clues. It offers vampires, vampire derivatives, and a touch of romance to spice the motley mix.

Linda Bennett moves from New York to Florida to live a quieter life. Life is peaceful until the dead body washes up onshore. Linda learns that dead bodies and disappearing tourists are typical for the coastal town.

Linda and her friends receive an invitation to a party at End House, a deserted house overlooking the Atlantic Ocean. The group arrives, but no one is there to greet them. The house has a sinister life of its own where horror follows their every step. Traps, illusions, and revolving rooms add to their growing fear. Wild animals escape their cages in the basement, a bloody skeleton sleeps in an upstairs’ bedroom, and body parts fall from the chimney into the living room’s fireplace. The young residents flee for their lives.

They embark on a difficult journey, not knowing whom to trust, to uncover the one controlling the evil game. Who are The Dead? Are they humans or vampires? Will Linda lose her heart to Todd, who knows more than he admits? Will her best friend, Shana, fall in love with Sheriff Sam? The Dead Game has begun.

Linda Bennett’s dreams of happiness have always eluded her. Five years ago, she moved to Florida from New York to escape heartache. The Dead, an evil group of vampires, had ruined any hope of peace for her and her friends. Surrounded by vampires and human vampires, Linda finds solace in her bookstore, learning to live among vamps and hybrids. Then one morning, Oasis goes dark, and an explosion rocks her shop and any future dreams for a happy ending.

Linda and her friends race to where lightning converges on a sinkhole in an isolated spot behind the town. As vampires and hybrids try to save the vampire hunter and vamp trapped beneath Oasis, a witch’s spell throws the residents back in time.

When evidence emerges of The Dead’s return to Oasis, Linda and her best friend, Shana, join vamps and hybrids on their search for The Dead. At an exclusive club in Disney World, they pose as the trophy wives of the hybrids, Todd and Sheriff Sam. Death and mayhem follow their every step. A romp through the tunnels beneath Oasis leads to a showdown in the swamps of Florida.

Can Oasis survive the battle between good and evil? Will Linda find her happy ending?

I’m proud to reveal – THE DEAD AT HEART

If vampires at Disney World

didn’t surprise you in Book Two,

then The Dead at Chateau Frontenac

will do the trick.

Come with me to the pool by the sea.
Oasis is the best place to be.
Relax by the pool or sit by the bar.
Tourists visit this place from near and far.

The sky turns cloudy and dark.
I see shadows by the park.
What’s that standing behind you?
It’s not one shadow but two.

Shadows come ashore.
I won’t wait for more.
Our destiny seems to be in this book.
I’m leaving now without a second look.

Take my hand.
I will lead you
to the other side.
They wait beneath the earth.
A town with fake skies and ocean.
Come with me.
I will lead the way.
Click your shoes
There’s no place like home.

The Dead return in Book 3.

You will soon see

how evil they can be.

Our paradise is lost,

To the winds, we are tossed,

Peace to be replaced by pain.

An Oasis for all.

Now a hell for the few,

Who remain to tell all.

I know he is here.
I hide from his face.
He’s coming for me.
Clouds quicken the pace.

His descent inspires awe and fear.
He’ll sweep into town like a dove.
His ire can move mountains.
For me, he moves the sky above.

They come from the deep.

They come when you sleep.

On waves of ice and stone,

They’ll burn you to the bone.

Fire burns hot in the ice.

The demons cut a deep slice.

Stay far from the shore,

Or they’ll ask for more.

While mine runs cold.

I am the evil one. 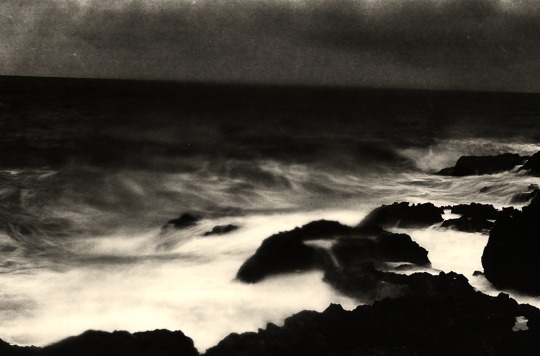 The waves roll to shore

A barrage of water

To lift the debris,

To clear the way.