What’s on the other side?
Don’t be afraid or hide.
What will you see?
Will you be free?

Color replaces black.
But watch your friend’s back.
Night creatures out for fun.
In the Florida sun.

Mansions to explore.
Parties and much more.
One step at a time.
And follow this rhyme.

And soon you will be there.
Who knew it was so near? Enticing.
Dark.
Deserted.
Dusty.
Eerie.
So many words
to describe the house.
Afraid.
Alone.
Reluctant.
Uneasy.
Too many words to describe
how I feel inside this house.
I will take it step by step.
One creaky step
followed by another.
Until I make it to the top.
What will I find there?
Creak, creak.
We will find out together.
Creak, creak.
Those weren’t my creaks.
I’m not alone in the house.
I’m leaving.
Bye. What has happened to our paradise?
Now I could surely use some advice.
Our town is bombarded with creatures.
In the dark we can’t see their features.

They come out in the dark of night.
Hiding their faces from the light.
The winds are picking up speed.
They devour our town with greed.

We must run and hide in the church.
Before we are left in the lurch.
Someone save us before it’s too late.
From creatures filled with evil and hate. Like a cold witches’ brew.
An Oasis for all.
Now a hell for the few,
Who remain to tell all.
Warm winds turn cold
As all become prey.
The young and old.
For them we must pray.
Hell hath no fury
Like a demon scorned.
There is no jury
For a small town mourned.
Who’ll save Oasis
From ‘The Dead’ demons?
Who will now face us,
More dead or demons?
Pray for us.
We are alone
Come save us.
We must atone.
THE DEAD GAME
Kindlehttp://amzn.to/1lKvMrP
Nook http://bit.ly/1lFdqNj Little guy being rescued after trying to cross the highway in Ecuador.

They stepped into a drafty master bedroom,  illuminated by lit candles encircling the canopied bed. The candlelight created shadows that swayed back and forth across the ceiling and walls. Linda felt like the shadows were reaching out for her.  She backed away in horror, not knowing if she was imagining them or not.
She didn’t want to move any closer to the bed, dreading what she might discover there. Anything was possible, from what they had already witnessed in this house. But Todd and Shana kept walking forward. She moved with them toward the bed.
What she found there exceeded her wildest expectations. On the white quilt lay a human skeleton with its arms resting at its sides. The skeleton began to bleed, slowly at first, and then profusely from the deep gash in its bones from the long, serrated silver knife sticking out of its chest. In the stream of blood were worms—scores of worms—inching out from the deep hole, spreading across the white cover.
Linda couldn’t believe her eyes. She gasped. More and more worms were climbing out from the body, falling in groups from the bed to land on the carpet.
A new doorway emerged on the far side of the room. Enormous worms spread across the floor, their squishy bodies blocking the path to the door. They were circling her feet, trying to climb up her shoes. She stomped her feet to dislodge the worms latching onto her heels.
Looking over her shoulder, she saw Shana backing into a corner. Her eyes appeared huge and saucer-like as she stared at the worms crawling closer to her. She wasn’t making a sound, but Linda could hear her shaking—as if her bones were rattling inside her quivering body.
Impatient with both of them, Todd dragged them through the swarms of worms. Once they were outside the room, Linda gave a sigh of relief.  The persistent worms were locked in the bedroom, behind the door that had concealed itself into the wall.
What was next for them in this creepy house? LINDA AND TODD WERE TOGETHER AT LAST, LOCKED IN A PASSIONATE EMBRACE.

Todd had somehow backed her against a tall tree on the deserted walkway. She couldn’t move back and if she moved forward, well…Todd’s large, muscular body was blocking the way.

They stood in the tree’s cool shade, colorful leaves falling all around them. They were staring into each others eyes; each one was afraid to make the first move. Todd finally moved closer, encircling her and giving her the long, heartfelt kiss that she’d been waiting for—for a very long time.

She couldn’t believe that he was holding and kissing her. His mouth was soft and hard at the same time—pulling her deeper and deeper into his world of heightened feelings. When he touched her, she felt somehow different—not herself anymore. He took total control of her mind and her body. It felt unbelievably good, but scary at the same time. She still wasn’t sure that she was ready to give up her freedom to be under Todd’s control.

He was staring down at her—as if trying to commit her face to memory. He caressed her eyelids with his lips. Then his warm lips moved down her face to her mouth once more. She shivered in delight. Who knew that he could be so gentle and caring?

The kisses grew more ardent, but her mind remained focused on the way he had been memorizing her features. Why? Was he going away? Was there something he wasn’t telling her? Of course there was—he and his friends were always keeping secrets. She didn’t know if she would ever be able to truly trust him. But darn, he was a good kisser. And he was beautiful: his big brown eyes had those long lashes that any woman would die for; she loved his cleft chin and his finely chiseled features.

She ran her fingers through his soft, curly brown hair. But she had to be able to trust him—with her life, if need be. His lips were trailing down her neck, down her chest, ending at the deep V of her neckline. He was licking her skin, causing her limbs to tremble. She felt warmth flowing down her body, awakening her nerve endings with the sudden unexpected thrill. She threw her head back and softly moaned. 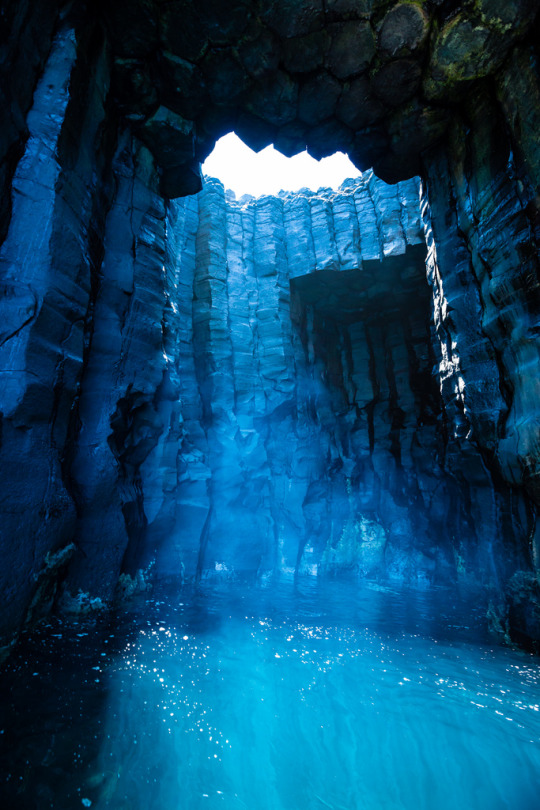 Falling beneath the town.

In a blue haze of ice.

Chilled to the bone.

Frozen to the core.

Into the womb of hell. The landscape is cold and bleak.

Ice is melting in my shoes.

I’m getting the winter blues.

I can’t find my way out of here.

I had thought the town was so near.

I’ve been walking for days.

I’m in some kind of daze.

There’s a break in the rocks ahead.

I hope they didn’t leave me for dead.

My friends have to come back for me.

Rocks and trees are all I can see.

My friends are in the park playing ball.

I didn’t have to be afraid at all.

A little afraid of the dark?

Well, you should be.

We’ll be joining you