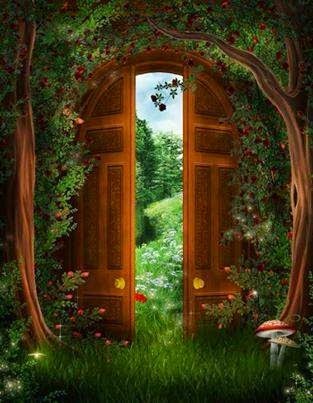 Todd backed her against a tree on the deserted walkway. Linda couldn’t move back; and if she moved forward, well…Todd’s muscular body blocked the way.

They stood in the tree’s cool shade, colorful leaves falling around them; each one afraid to make the first move. Todd moved closer, bent his head, and kissed her.

His mouth soft and hard at the same time, pulled her deeper into his world of heightened feelings. When Todd touched her, she felt different—not herself anymore. He took total control of her mind and body. It felt good but scary at the same time. Linda wasn’t sure she was ready to relinquish her freedom.

Staring at her, as if trying to commit her face to memory, Todd caressed her eyelids with his lips. When his warm lips traveled to her mouth, Linda shivered in delight. Who knew he could be gentle and caring? His lips marked a blazing trail to her neck. As he licked her skin, her limbs trembled. She threw her head back and moaned.

He groaned in response, his playful tongue reversing direction, gathering speed until its return to her mouth. His mouth molded itself to hers. His body melded with hers until she felt as one with him. She felt herself falling into his embrace…